Our age is one in which the cynicism of our political class is more powerful than their optimism. In which fear drives political actions more than imagination or empathy. In which the “other” is the truncheon used to bludgeon compassion. In which the springs of revolution end in winters of reaction. And in which political opponents are never our friends, or even people we know, they are strangers, aliens in outlook whose motivations mystify us as much as our motivations mystify them. A virus is neither cynical or optimistic. It has no fear or imagination. To it everything is an “other” to be infected, it does not know anyone or anything, all existence is a stranger. Its motivation is simple: replication. It has no agency in if it will be an agent for revolution or the instrument of ever deeper reaction.

The seen and the unseen are both the roots of our fears in this moment. Obviously, the unseen fear is expressed in the measures against the virus itself – the cleansing, the gloves, the masks, the social isolation to shield us against infection. These are acts of protection based on fear. But there is also the fear of what we can see in this changed state of exception. 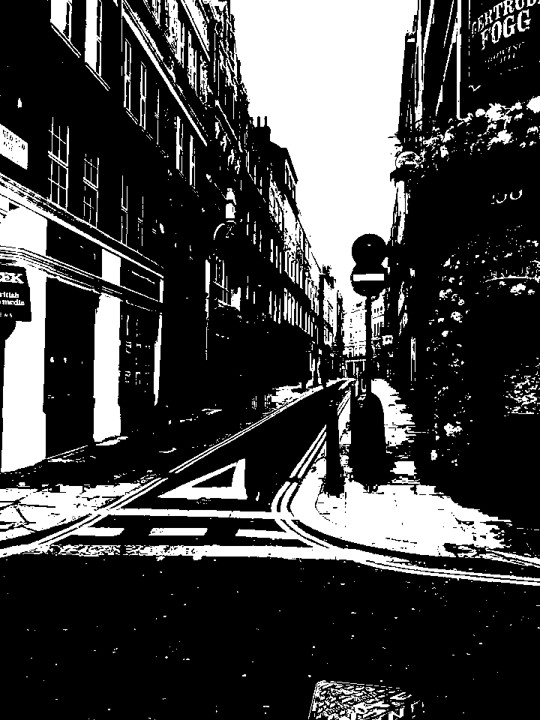 I am fighting this other fear each day on our walk. Westminster has significant problems with homelessness and drug use. Near our house there are hostels and hospitals that provide shelter and care for drug users. The supplies of Class A drugs seem to be drying up. Those who beg have lost the crowds. Their options for self isolating are limited. Part of me feels compassion for them. But the other part feels only fear. I am increasingly tense on our walks. Looking ahead not just to ensure we socially distance by anticipating the movements of others, but also looking for threats. The empty streets, the frequent sirens and the occasional small group of shouting, fighting junkies searching for a fix, accentuate that feeling. This is the other. I am ashamed to say that in these moments, I want normalcy back so that I am not confronted with it, so that it blends again into the crowds of office workers and civil servants on Victoria Street. My fear drives a desire in me for what the great Norman Geras called the Contract of Mutual Indifference, to be put back in place.

The empty roads also expose the deep inequality of wealth and power that structures the world we live in. As highlighted on Newsnight: “This is a health issue with huge ramifications for social welfare and it is a welfare issue with huge ramifications for health.” The reactionary forces of the pragmatic populists now in power,  those who oppose the positive responses to the Covidspring,  will use every lever of power and device of rhetoric to ensure that nothing changes. All the force for good in social media that we are seeing during these days will be used next in defence of the status quo. Or worse.  The divisions will be deepened because they will play on the fears I am describing. They will mobilise that fear to separate, divide more deeply and entrench the atomised individualism of people and countries on which their political projects thrive.

Positive political imagination is extremely rare. It is a commodity that we need a huge injection of right now to overcome the infection of  fear that is inherent in a lockdown against a virus. If the Covidspring is to mean anything positive for the future then that meaning is in the stories of community and neighbourhood. It is in the common experience across countries and continents. It is in the shared human endeavour in the search for a cure. It is here that we must look for meaning. But my worry is that, like the Arab Spring, the legacy of what we are living through now will be the opposite of what it could have been.

There are many examples and the role of social media in spreading the positive. It has been vital:

Help your neighbour groups have opened across countries affected by the virus like this one in Wiltshire.

Out of this expression of common human experience there might come a positive legacy of the Covidspring if it can be connected to some kind of positive political imagination. In the most idealist projection of our immediate future the common experience could help heal the polarisation of the age of Shia-Sunni conflicts, of Trump, of Putin and Brexit, of the coming resource and climate wars. It might allow us to see that what we share with each other in our communities is also what we share with all citizens of the world. It might convince us that working nationally, regionally and globally in a co-operative way is actually to the benefit of all. I am not suggesting that we could reverse Brexit. But we could shift the basis of Brexit onto more of a common challenge that we must meet together and change the terms of political discourse about the future away from “us and them”. If there could be a new social contract that guaranteed welfare and access to health and education, and a minimum income, then the exact relationship with the rest of EU would be much less of a source of fear to many people.

If the ordinary human decency that has been experienced in this current crisis is to triumph, and the performance of politicians like Matt Hancock in the UK and Governor Cuomo in New York State, is to be built on, then what is needed is a political imagination that can seize the moment and make it powerful enough to overcome the other side of what is happening in opposite and equal amount.

Donald Trump is using the emergency to further deepen global divisions by building a rhetoric of retribution against China. His transactional approach to the distribution of health equipment is the exact opposite of the role of Federal government in the protection of citizens. In Italy, a friend has emailed me to point out that Russian flags have replaced EU flags in some places. He worries that Italy feels so abandoned by the EU that it not just rhetoric but that it will leave after the crisis is over. Rather than seeing in the lockdown our common humanity, many will see the other as an even deeper existential threat than before. That those who are different are the carriers of this disease. That the individual nation state is now the only defence against pandemics. That each state now needs to build  its ability to stockpile strategic reserves of oil and gas, of food and raw materials, that a dependence on international trade and commerce is a negative not a positive. We must grow our own food, look after our own people, build taller, thicker walls.

It would so deepen the tragedy of these months if the legacy were to be a permanently locked down political culture at a national level.  We need leaders with the imagination to see that they have been given a once in a lifetime opportunity to lead in a new direction: will any of them take it or will fear triumph once again?